A man’s sexual market value is at its highest when he’s between the ages of 34 and 42. Some men make the argument that it peaks at age 36, however I feel it stretches out slightly longer than that. My belief is that a man’s peak is really more like ages 38-39.

This will actually vary depending on the man anyway, but usually ages 34-42 is where most men are the most attractive they will ever be to the opposite sex. At that stage in his life most of his sexual market value indicators are maximized. In this article, I’m going to outline 12 characteristics that men in the middle of their sexual prime, almost all exhibit.

Some exhibit certain characteristics to a greater degree than others. That should go without saying, as each man is unique to himself and has certain strengths and weaknesses.

This article will serve as an outline, for what you should be mindful of when it comes to you maximizing your sexual market value.

And if you’re not yet between the ages of 34 and 42, then at least after this article you’ll know the 12 characteristics to hone in on.

1.) They are their own mental point of origin.

In the minds of men in their prime, they come 1st. No one else. Even if a man cares for a family or loved ones, he knows that his own mental and physical health, is paramount to keeping these loved ones adequately protected. A man that is his own mental point of origin, lives for himself and his goals, dreams, and desires. He will never place the woman’s goals, dreams, or desires in front of his own.

A woman that truly loves and cares for a man, will move heaven and earth to be with him. She’ll cross oceans, mountains, high peaks, and low valleys to be his girl.

The unfortunate thing is that this is becoming less and less common nowadays, as feminist ideals are seeping their way into modern culture’s belief systems.

2.) They live life on their terms, they are at the cause of their lives (not the effect).

Men in their prime realize that they shape their environment, not the other way around. They have a healthy level of control over their lives, beliefs, circumstances, and most importantly: themselves. They make things happen, they don’t just live an existence where things just happen to them.

To say it another way: there are very few things in life that ”happen to them”, instead, the inverse is the case: they make things happen to life.

They are at the cause of their lives, they are very rarely at the effect.

A healthy, self-actualized man, has not allowed the feminist or liberal propaganda to poison his self image, his self respect, or his masculinity. He is at his core: proud of who he is and is proud of what he is.

He does not long to be someone else or something else, at this stage of his life, he only longs to more of what he already is. He is keenly and acutely aware of who and what he is. This man knows where his weaknesses lie.

4.) Money & financial independence is important to them.

By the age of 34, a man better have his finances in order. He better be on a clear cut path to financial freedom. He had all of his 20’s to figure out what he was good at, and what his strength’s were. Men in their prime have already made the bad financial mistakes they are going to make (for the most part), and they have learned from those mistakes.

By age 34, he should on his way towards building his empire. What I’ve just described here, is where men in the prime of their lives are focused: on their accumulation of wealth through helping other people and offering value. All of their energy, drive, ambition, focus, and attention is going towards their mission. Men are builders.

A man is only truly happy when he is on a mission or purpose towards building something.

Once he finishes his project, or it reaches maturity, he moves onto a new mission, and then he has a new purpose.

5.) They know that ”facts don’t care about feelings”.

There are feelings, and then there are cold hard facts of life. Men in their prime know better than to confuse the two. Feelings are for women and children, not men. A man needs to be able to make decisions ruthlessly, without regard for feelings. 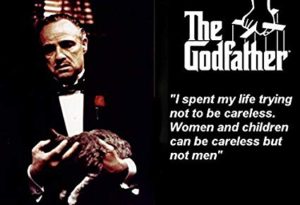 Feminine women are drawn to masculine men. Men in their prime, are usually at the points in their lives where they’re as masculine as they will ever be. Its no coincidence that this is also happening at the same time these men are the most attractive they will ever be.

So peak masculinity in turn, will attract the most feminine women towards them.

Strength, courage, confidence, focus, ambition, drive, and physical dominance are all characteristics most men in the prime of their lives posses. All of this said, its not hard to see why they are commonly accompanied by feminine women. 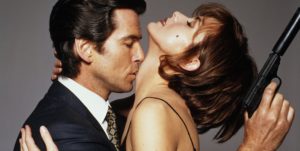 7.) They take great care in their physique and appearance.

A man in his prime knows that he’s only got several optimal years left as far as his physique is concerned. Between the ages of 34-42 he’s still young enough to look damn good, but he’s also old enough to know what not to do.

He may not look quite as good as he did in his early 20’s, but he still has enough energy left in the tank to look well above average. 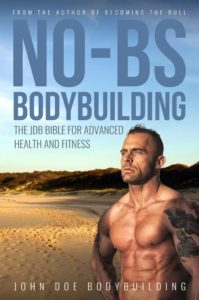 It addition to TRT (see right below), once a man hits the age of 35, he might want to start considering an HGH protocol.

8.) They are aware of their testosterone and estrogen levels.

In this day and age at least (2019), men in this age group are very likely aware of what their Test and estrogen levels are. They get regular blood work done, and in many cases are already on a TRT (Testosterone Replacement Therapy) protocol. TRT becomes exceptionally important to a man in this age group.

There’s a very good reason for this: it is around this age range, that men’s natural testosterone levels start to drop below an optimal level. Always remember: testosterone is what makes a man, a man. With a below average level of testosterone, everything in a mans life will suffer: his mental health, his libido, his drive and ambition, and his energy.

Without testosterone, a man is essentially useless.

9.) They take consideration to the food they eat.

Certain foods will increase testosterone levels, and certain foods will not. A man, almost by definition, simply cannot actually be in the prime of his life, if his choices in food are out of whack.

Foods that OPTIMAL men in their prime eat: Meat, whole and/or organic food. Very little fruits and vegetables. Very little sweets. He eats saturated fats, and cholesterol. Food that has a good omega-6 to omega 3 fatty acid ratio. He eats foods that lower estrogen, and raise testosterone. Real food that has to be cooked either on an open fire, or a stove.

In other words: food that actually takes time to cook and prepare.

10.) They are never complacent.

A complacent man, is a dead man. He’s a nobody. A loser. He’s someone who drifts through life and lets things ”happen to him”, instead of making things happen.

Life should instead be a never ending journey to see more, to do more, and to BE more.

A man, even one in his prime, is always seeking to be better than he was the day before.

Competency is the ability to do things. A man who’s competent is one who can survive in the wilderness on his own. He possesses survival skills. He knows ”how” to do things. Like fixing a broken sink for example, changing a flat tire, or repairing a car.

This is called competency, and its another trait that feminine women are extremely attracted to. Its more likely that a man in the 34-42 age range will be competent, due to the life experience that they’ve had. He’s old enough to have had things happen to him to in his life.

12.) They have (largely) mastered their skills of persuasion and influence.

I will say that there are some men who master this later in life, than in the age range we’re referring to here, but for the most part: most men in their prime have already reached a level of persuasion and influence that can get them what they want, when they want it.

This includes the persuasion of female energy and attention. This persuasion can even be indirectly. They just naturally draw people into them. Men want to be like them, and women want to be with them. They have just the right combination of youth, wisdom, intelligence, and charm.

Some men exhibit certain characteristics on the list above, to a greater degree than others on the list. This article should show you where your weaknesses are, and where you need to focus your attention so you can improve.

So you can be a more self-actualized, abundant man.

This is will help you in countless ways, not just in the sexual marketplace.

If you’re not yet between the ages of 34 and 42, then you have from now until then to start mastering these 12 areas..