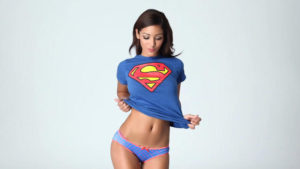 The lessons you’ll read about here, are all lessons I had to learn the hard way: through first hand experience. In an effort to (hopefully) save you some time and heartache, I’m going to tell you some truths I’ve learned about women over the years.

Much of my success with women, began at the point where I started to become consciously aware of certain things.

Some items in this list you should be able to start applying immediately, others may take a bit of time to fully internalize.

If you’re finding your recent luck with women, leaves something to be desired, then you may want to come back to this article often over the next several weeks, until all of the below points have been etched onto your brain.

Without further ado, here they are:

1.) Broaden Your Perspective Of The 1st Impression, And Never Forget How Much It Matters.

I don’t just mean the initial approach, in fact, the actual approach doesn’t even matter as much as most guys want to believe it does. What men don’t understand however, is that the 1st impression doesn’t stop after the first few words out of your mouth. No no no.

Instead, I’m encouraging you to broaden your perspective on the scope of the first impression. Going forward, start thinking of the 1st impression, as lasting all the way up until you kiss her (or get physical with her). Everything you are doing up until that happens, and even after in some cases, you should consider your ”1st impression”.

Another point I want to make here, is that women in this day and age are very critical and unforgiving of everything you do in those initial early stages. Any mistakes you make, or that they ”perceive” you to make are blown up with a magnifying glass and judged unmercifully. One if the biggest reasons for this is due to #2 right below.

We’re talking about sparking and creating attraction with a woman here, who in most cases will be a stranger you just met. Therefore, be cognizant of this fact: the overall 1st impression can make or break you.

Don’t overthink things of course, but be sure to have some degree of social awareness too.

Attractive women are always just a few finger swipes away from another male option. Thanks to Tinder, and apps like Bumble, this is now the world we live in. Tinder and Bumble have given everyone a double edged sword: more choice and options, this is both good and bad.

You see men have more options too, so its not only a disadvantage to men, its a disadvantage for women too. We all know however, that when it comes to the super attractive women, ultimately, these apps benefit the women, much more than they benefit the men.

Its becoming more and more crucial for men to realize, as technology progresses, the multitude of options that attractive women have now.

3.) Despite Popular Belief, Looks DO Matter If You’re A Guy.

Now looks do matter more if you’re a woman, than then do if you’re a guy, however that doesn’t mean they are meaningless for men. In fact, it doesn’t even mean that they aren’t weighed heavily, as part of a man;s overall attractiveness.

This includes your body fat percentage and how good of shape you’re in. Never forget these two points. It amazes me how many don’t have these two things in check, and they’re completely within the man’s control.

TIP: The number one physical characteristic, that women find attractive in a man, is his jaw line. A slim face, can be a fast way to get her attention.

4.) Women Like Masculine Men, Even If They Wont Admit It (Hint: The Higher-Quality Ones WILL).

Women want and need a man that’s decisive, and knows who he is and what he wants. They need a man that knows what he’s doing. You don’t have to be an expert at everything, but you do have to have the confidence to know that you could be. You have to always be willing to do, willing to try, and willing to learn. NEVER be timid, or afraid of things. You cannot be unsure of yourself.

Competence is the key idea here. Women want and need a competent man.

Protect her, and always take the lead. She should always look to you to lead her, not the other way around. Women are not attracted and do not respect men that cannot lead them, and rightfully so. That’s your duty as a self-respecting man.

TIP: Act like the CEO. Act like she works for you. You need to always be the one in control, because you’re the man and that’s what men do. Men lead their women and have control in their relationships with them.  Anyone that disagrees with me on this or tries to tell you otherwise has been poisoned by the media, or has been poisoned by feminist garbage.

The word ”control” has a negative connotation to it. What you really need to be in control of is yourself. Control yourself, and you will have control over your relationship.

This one hits home for me personally more than any other point on this list. I used to get so frustrated over this one. I’d go to a bar, hit it off really well with a woman, make out with her, and then not even get a response to my text the next day. Or I would get a couple short responses, and then be ghosted on.

This would happen even if the girl was all over me. This is one of those areas where women are fundamentally different than men are. Women flow into and out of their emotions so much easier and quicker than men do. So what I learned was: NEVER get too attached to an emotional reaction a girl had towards you.

You’re going to learn, if you haven’t already, that attachment to anything (in general) is the root cause of all misery.

6.) Neediness, In Any Shape, Form, Or Fashion, Will Be Detected VERY Quickly By A Woman.

I felt the need to touch on this one, only because I see so many guys violate this rule. DO NOT under any circumstances, EVER send a page long text to a girl, going into explicit detail about anything. Women show me these texts on their phone all the time and it makes me sick to see how pathetic otherwise ”normal” guys are acting. They literally act like little, whiny bitches. Freaking out with insecurity just because a girl doesn’t respond to their text within an hour. 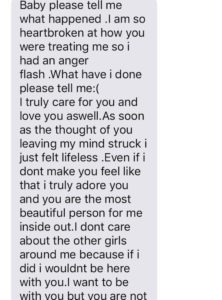 This is disgusting and is conduct unbecoming of a man. You should feel ashamed of yourself if you ever text a girl insecure garbage like this.

Just like in sales, the game of women is a numbers game. I can’t say this enough times, because its just so damn true, even more so than it was 10 years ago. Remember, 10 years ago women didn’t have the options they have now.

Like it or not, you’ve got to play the numbers.

This will also help you avoid frustration and disappointment, when you’re talking to a large number of women, you wont get frustrated when one of them suddenly stops responding, because you’ll have so many more in your pipeline.

8.) Your Clothes And How You Dress, Matter.

I got news for you. If you find yourself making fun of the way your dad dresses or used to dress when you were growing up, don’t be so quick to poke fun, because you’re probably the modern day version of your dad. That’s assuming you liked your dad and otherwise had a healthy amount of respect for him.

I learned this recently when one of my friends was making fun of the way his dad dressed. What he failed to realize was that the rest of us already knew he (my friend) dressed sort of like an old guy. After his snide comment about his dad it became crystal clear to us where his bad fashion derived from.

Of course this guy has no idea whatsoever that his fashion sucks, even when we tell him. Ahh that age old problem: realizing you even have a problem in the first place. The point is: if some people think you dress like a nerd, other people will too, including attractive women. If you want fashion advice the best place I can point you to is right here.

Chris also usually has very good suggestions on seasonal items you can wear. I also wrote another article on this subject right here.

9.) Never Believe That Social Nature’s Laws Are Too Basic, Too Old, Or Too Obvious To Start Ignoring.

The minute you start to think that you can ignore the laws of social nature, is the minute it will come back to bite you in the ass. Don’t get arrogant and start to think you’ve got room to push the boundaries (at least in the early stages).

In the early minutes and hours of time spent sparking an attraction with a woman, you’ve got to remember that you’re still in that ”1st impression stage” I was talking about earlier.

With the options that girls have nowadays, it only takes a few mistakes on your part before she dismisses you and is off to the next guy. This is especially true of girls you meet for the first time on Tinder or other dating apps. ”Easy come, easy go” as the saying goes.

Important: You don’t have to agree with the fairness of this reality. You can think its unfair all you want, but at the end of the day it doesn’t change the fact that it’s just that: a fact. This is the cold, harsh reality of the world we live in nowadays: a world where women have limitless options.

Be conservative, not risky, in the early stages the time you spend with a woman you want to get to get intimate with. This even includes time spent on the phone. For example: don’t talk to a woman on the phone if you’re exhausted or not in a good mood.

Unless its your mother, you can take this one to the bank. Your mother (in most cases) will love you unconditionally, but the same cannot be said for a girl you’re dating. This is an unfortunate truth because a woman’s emotions are fleeting emotions. She may say something, and at the time may genuinely mean it, but what’s flowing from her mouth is always dictated by her emotions, and most of the time her emotions are fleeting ones.

Do yourself this favor now, and you’ll save yourself a lifetime of heartache and frustration: Decide from this point forward, that you’ll take every word from a woman’s mouth with a grain of salt.