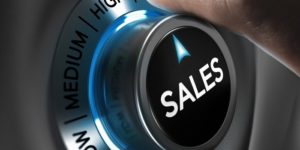 This is an idea that’s been stuck in my head for the last few years: ”Do better, be better”. Think about it. Its very common that people underachieve, and don’t do things to the best of their potential. I see this all the time with people close to me, I usually feel like they could be doing better, like they’re underachieving. The truth is, they are.

Hell even I’m underachieving, I’m not naive enough to think I’m already doing the absolute best I can do. There is room for growth. The difference between me and them however, is that at least I realize it. At least I’m not in denial of the truth.

One thing is for certain though, not one of them is thinking or saying this about me, they wouldn’t dare. In their eyes they probably think I’m a madman completely out of his mind, hell bent on success.

Always do your best, always push yourself just a little bit further.

It might sound cliche, but when it comes to sales success, sometimes its the extremely simple advice like this that makes the biggest difference. Here’s my best tip on this one: remember the story from the timeless classic ”Think And Grow Rich”, about the guy who gave up digging for oil right before he was about to find it, and then the guy right after him discovered it just a few feet away from where the first guy stopped.

That’s a story that always stuck with me, its one I’ll never forget. Oftentimes, some of my best sales came right after the point at which I almost gave up. If you’ve followed up with someone 7 times, push past it and follow up 2 more times, you’ll be shocked at how often that 8th or 9th follow up, produces the result you want.

Push yourself past your comfort zone.

Some people are driven by leverage, while others are driven by momentum. In sales, it pays to be driven by force of momentum. In my opinion, it will serve you better. Using leverage requires to much delay, too much thought and not enough action. Momentum requires immediate action, quicker decision making, and much less hesitation.

Build MASSIVE momentum in your life. I don’t just mean your work life either, I mean just your life in general. Bettering yourself personally will almost ALWAYS better you in your sales job.

In sales, momentum is the name of the game. It will not take you very long to discover this if you’re new to a life of sales. Momentum, momentum, momentum. Once you have momentum, you have to keep tending to it every so often, if you zone out for too long, it will pass you by without you even realizing it. You can lose momentum just as quickly as you gain it.

Ideally every day, you want take a few minutes and look at your current and projected numbers. Spend a few minutes getting self-aware of where you stand. Analyze what you accomplished yesterday, what you need to accomplish today, this week, and for the rest of the month.

I like to do this, for really no other reason than the fact that I hate the feeling of losing a prospect, and then feeling like I just got punched right in the gut. This is what will happen if you’re too dependent on certain prospects in your pipeline. You NEVER want to feel this way, it will make you hate and resent the game of sales.

Have so many prospects in your pipeline, that losing 2 or 3 of them hardly affects you at all. This is the true path towards a stress-free life in a commission only occupation: a jammed to the brim pipeline. On a daily basis, you should be putting creative thought into how you can obtain a flood of leads, leads that you can then turn into prospects.

Upon sitting down with a lead for the 1st time, you always want to make sure you’re prepared. Be completely and totally prepared. One thing I will say here is that on the discovery (or fact-finding) appointment, you often will not need more than a large legal pad to take notes on. I say this because the 1st appointment, should always be a simple fact-finding appointment. You are there to listen to them, and uncover what their needs and wants are. You are not there to pitch your product, make a presentation, or sell them something.

You are in this 1st appointment to build trust. To build trust, establish rapport, and gather as much information as you can. Your goal is to have that person walking away from the appointment with a good feeling about you. If they walk away feeling indifferent, or unsure about you, then you have failed. You want them walking into the next (2nd appt.) feeling like you will surely have something valuable to present them with. Something that will put them in a better situation than their current one.

5.) HAVE AUDACITY (Don’t Wait Or Ask Anyone For Permission).

It’s amazing to me, how prevalent and common this one is among people. Having audacity isn’t just something you should posses if you want to start a business, or create a product, its something you should posses in the world of sales too. In sales, you have to be willing to push past your comfort zone. I talked about this earlier in the article. Pushing past your comfort zone is not possible without a healthy degree of audacity.

You need to just be able to DO the things you need to do to produce results, without worrying about asking anyone for permission first. If you’re sitting around waiting for permission, then grab a coffee, because you’re going to be there a while. If it takes one more phone call, one more voicemail, one more email, or one more text, whatever it takes, just do it without thinking you need permission, and you’ll be much more successful in sales. Be bold, be daring my good men.

6.) THERE SHOULD ONLY BE A THIN VEIL OF SEPARATION BETWEEN WORK & LIFE.

I recently had a friend of mine train with me. He was trying to learn how to do what I do for a living, which is sales for a business I own helping people with their finances. He’s never worked a commission-only job in his life, so I guess I should’ve known from the start that it would be a challenge for him.

Anyway, he spent about 3 weeks shadowing me, working with me side by side. The whole point of this was for him to learn, so that he could take what he was learning and then go implement it in his own business. A funny thing started to happen: within a couple days of him starting, he started coming up with excuses for why he couldn’t get there on time, or why he couldn’t come to a certain appointment, or why he would have to miss that day, blah blah blah.

Then he would have the audacity (sometimes you can have audacity in a bad way), to leave my office right at 5pm to head home for the day, while I would stay there and keep working until 7, sometimes 8pm.

I stayed long enough to get the job done, that’s the point here, he would leave with work still needing to get done. There was always a little unsolicited excuse that would accompany it of course.

Now remember, this guy was only doing this so he could learn and then implement what he was learning for his own business. For his own success, not mine. I was just being a good friend and letting him tag along. Can you see the disconnect here? I didn’t give two shits what his excuses were, but it wasn’t me who should have cared in the first place, it was him who should have. It was him that was losing. He was losing every time he missed an appointment, every time he got there late, and every time he left to go home early. It was him that losing, not me. I was only getting better actually because you learn something better once you start teaching it to someone (it gives you a new perspective and helps you understand it better).

They’re still getting their paycheck so why do they care? If they had half a brain they would realize that they are currently working for another man, a man that didn’t sit around at work and participate group texts all day long, because he was too busy working and building his own business. Now he has that business, and he doesn’t have to answer to anyone. Those guys work for this man by the way. Yeah that’s right: he basically pays their bills.

One thing is for sure: if these guys worked for me, and they were doing all that ”group texting” on my clock, I’d fire all their sorry asses at the drop of a dime.

I think you know deep down by now that the true path to success in life (and in business especially), is to be the early riser. Remember the old saying: ”the early bird gets the worm”, and that’s as true now as it was 80 years ago. Get a head start on your competitors, by getting started earlier each day than they do.

Get up earlier than they do, and get your day started earlier than they do. It’s a simple, easy way to get an edge on your competition. You’d be surprised how much this one actually will often directly translate into sales, and money in your pocket. Being the first one that day to email them, oftentimes is all it takes to make that sale.

To Be Continued here in Part 2