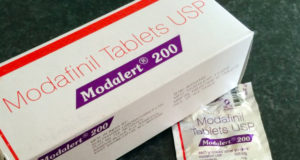 This is a review of a smart drug I discovered a couple years ago: modafinil.

In today’s day and age there are a million things constantly popping up and competing for our attention. All day long, you’re dealing with text messages, emails, social media notifications, phone calls, other people, and on and on and on….

It never stops, and its only going to get worse. People are starting to become mentally ill by developing ADD (Attention Deficit Disorder), just by merely existing in the year 2017. Life ain’t what it was 20, or even 10 years ago.

People have their own ways of dealing with this, and one thing people have turned to is modafinil. I am not suggesting modafinil is the solution. I’m merely showing you an option that has worked for me and thousands of other high performing people. Entrepreneurs, high powered execs, CEO’s, wall-street traders, athletes, and Harvard grad school students to name a few.

(This article is NOT medical advice, always consults your physician or doctor before using modafinil or any medication.) 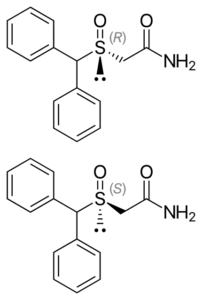 If you have trouble concentrating, focusing or staying alert all day long, then modafinil may be an option for you.

A 200 mg. pill will last about 12 hours, so I never take this past 9 am. This substance is not the same as Adderall or Vyvanse, as those are amphetamine’s and modafinil is not.

If you’ve ever seen the movie ”Limitless” (starring Bradley Cooper), the drug he takes is ”NZT-48”. This drug is a fictional one that only exists in that movie. Modafinil has widely been regarded as the real life version of NZT-48.

In the film, the drug allows Bradley Cooper to access certain parts of his mind that he otherwise wouldn’t have been able to. Modafinil (for most people) will do the same thing and that is largely the reason for the comparison.

THE POSITIVE SIDE EFFECTS:

3.) Ability to access parts of your mind that allow for greater creativity.

4.) Loss of appetite/potential fat loss (for most people, this would be a positive).

5.) Lasts all day long (12 hours), so it essentially acts as a time released substance.

7.) Unlike adderall, its more of a clean type of feeling, it doesn’t make you feel like shit (adderall can and usually does).

THE NEGATIVE SIDE EFFECTS:

1.) Legality: Modafinil is a scheduled 4 controlled substance in the US, which means it’s illegal. If you live there and want it you’ll have to order it online, and it would have to make it through customs.

I do know a number of people who order it in the US on a frequent basis and have never had problems.

Now I’m not recommending you do anything illegal, I’m simply stating what I have seen happen. I’m also not even suggesting you should necessarily take this without a doctors prescription, or even at all (with or without a prescription), again I’m simply reviewing my experience with it.

Ordering this online can potentially take quite a while if it’s being shipped from overseas. By a while I mean it could actually take 2-3 months for you to even receive it (I’ve seen it take this long before).

2.) Because your senses are more acute, its easier to get annoyed by sounds than you normally would. Telephones, car sirens, and any sudden unexpected noises are 3 X as irritating as they normally would be.

3.) Increased anxiety. Anytime you take a stimulant, even if its just coffee, you’re going to have an increased sense of anxiety. To combat this, modafinil goes well with Kratom, Phenibut, 5-HTP, or L-Theanine. I do not advise combining modafinil with alcohol, I’ve found for some reason they just do not go well together.

In my opinion these side effects are very mild. I’ve taken a lot of substances and have experienced the side effects of all of them, honestly

Modafinil ranks in the top 3 substances I’ve ever taken for having minimal side effects.

Chances are high after reading that list that you’re blowing the negatives up in your head by 3 X of what they actually are.

Of course, some people will react differently, but for the vast majority it will be very similar.

Make sure you drink a lot of water on this stuff. I’ve found that it’s effect is compounded when you combine it with coffee. The come-up on this is about 30 minutes. So 30 minutes after you swallow one, if you drink a coffee or two you’ll really be feeling it.

Modafinil, when taken while on Testosterone by the way, creates an astounding effect.

MY EXPERIENCE WITH MODAFINIL:

As far as I know however, modafinil is not prescribed to treat ADD (attention deficit disorder). I had read articles similar to this one, online from several sources that I really trust. I wanted to try it out and see what all the hype was about. I’m a person that tends to be a little more open to experimentation than I would say most people are. I like to try new things.

For all the hype, I was expecting a little more. Perhaps if I had been blown away, it would’ve meant harsher side effects. So maybe that’s the part that blew me away: the absence of any harsh side effects.

I buy modafinil from affinilexpress.com. At the of this typing (April 2017), they are probably the most reliable source to buy from. You always run the risk when ordering stuff online that the product will be bunk/defective. However, I’ve never have that problem with these guys.

I buy 200mg pills of this stuff. Personally I take a whole 200mg pill on an empty stomach in the morning. For a lot of people this is apparently too much, so I know its fairly common to still feel it with just a 100 milligrams (half a pill).

Never take more than 200 mg at once, no matter how tired you are. I also wouldn’t advise taking this stuff more than once a week. Even that might be a little too much.

I’m not the source to consult on how often you should take modafinil, I’m honestly not sure. From what I’ve read/heard, you should only take it a few times a month (so maybe once a week).

Do not take this past 1:00pm. The later into the day you take it, the harder it might be to fall asleep that night.

For what you get out of modafinil, it’s very fairly priced. If you’re open to experimentation, and feel what I’ve described here would help you, then give it a shot. Don’t do anything illegal and check the laws in your country regarding the legality of modafinil.

You might react differently to modafinil than most people do, but that could be true of anything. Don’t take this if you’ve already been diagnosed with high blood pressure (it is a stimulant after all).

It won’t work miracles but it IS a nice performance enhancer for high performing, busy people.