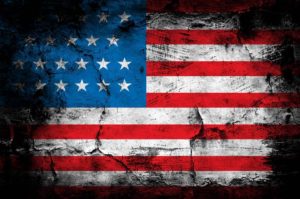 ”TIMES HAVE CHANGED, AND WE’VE BEEN ASLEEP, UNTIL NOW.”

This may not be apparent to you if you haven’t been paying attention (or if you’re new to the manosphere), but gentlemen: the fall of Rome is upon is. The United States was once the greatest power on earth, and many ways it still is. But one thing this country no longer has, is its culture.

The culture of this country (and of several other westernized countries, like England for example), is in a state of extreme decay.

Some evidence of this can be seen in the 3 cultural changes I’ve outlined here:

–The delay of starting a family by women in lieu of pursuing their ”careers” instead (thank you feminism).

–The elimination of traditional sex roles thanks to feminism, egalitarianism, and socialism.

-A decrease in birth rates, which inevitability will soon lead to a loss in economic activity. Its been theorized that those in power are planning ahead for this, by opening up the boarder and encouraging immigration.

The articles on the infamous Return Of Kings blog have been already talking about this for years now.

These changes have been progressing since the start of the sexual revolution began in the 1960’s. You can watch the unfolding of this sexual revolution if you ever watch the show ”Mad Men” with Jon Hamm. Since that process began in the 1960’s, these 3 cultural changes have been unfolding year after, and decade after decade, to where we are now presently in 2018.

In my opinion the biggest change that has occurred however, has been the wayward development of feminism, and the more recent rise of rape culture with the social justice warriors. More on those in a future article.

You might notice that the need for men to start using pickup ”game” (on a large scale), did not arise until around 2000-2005. The reason why men started needing to use game in this time period, was born out of the sheer options and choice that modern women have in today’s western society.

Just think about it, 40 years ago, men weren’t reading books about game, going to 21 conventions, or reading blogs about it. That’s because the women in those days were much more dependent on the men. They also relied on their parents to help them find and secure a man. The type of man that was sought after in those days, was the ”beta bucks” type of guy, that my man Rollo Tomassi often talks about. A ”beta bucks” guy is: a man with a stable job, good financial resources, and what you would think of as ”the provider type”.

In the old days, ”game” favored the beta male, more so than the alpha.

This is despite the fact that only 2 out every 10 guys are alpha. The fact that these alpha men are more rare and hard to come by, only to adds to their attractiveness.

One contributing factor to this discrepancy, is due to the lack of testosterone men have nowadays.

Also, to be clear here: this does not mean that women were more attracted to the beta’s in those days, NO believe me they were still very much attracted to the alpha’s (when ”A Streetcar Named Desire” came out in 1951, women were fainting in the theaters at Marlon Brando’s abusive alpha character).

It’s just that women didn’t have the options in those days, that they have now.

Now don’t get me wrong, the beta guy is still the type of man that women today will eventually settle down with, however nowadays women delay marriage to these men until their early-mid 30’s, so that they can be promiscuous in their 20’s hooking up with the alpha males (the ”alpha f*cks” type).

Again, these reasons all come back to the same thing I keep saying: that women have more choice and options now than they did 40 years ago. Nowadays, women have college degree’s and white-collar jobs. In many cities women make equal to, or more than the average salary that men do. Don’t believe the wage gap myth that is spread by the media.

Thus, their need for financial dependence on men is not what it used to be, and as result, they are delaying marriage and the starting of families. This brings me right back to the point I mentioned about declining birth rates. This is EXACTLY why this problem is occurring.

Thus, the first step of game in my opinion, is developing a crystal clear understanding in your mind, of what a woman’s true nature is. You have to be able to understand them on a deep, primal level. Until very recently, this was not possible. I’m sure you’ve heard that age old complaint from older men:

”Women, I guess we’ll never figure them out eh?…”.

While I’m not claiming to hold the key to understanding them 100%, what I HAVE found is a source that will help you to understand them about as well as you possibly can. That source my friends, is the book ”The Rational Male” by Rollo Tomassi. As well as his 2 follow-up books to that.

The Normalization Of Feminism & The Rise Of Social Justice Warriors (SJW’s).

Feminism has changed our culture since the start of the sexual revolution, and no not in a good way (if you haven’t figured that out by now). In the 90’s feminism was primary focused on keeping abortion legal, sexual harassment, and domestic abuse. Around 2010 or so, feminism started moving onto college campuses, and the rape culture was born. Men nowadays, have to be extremely careful of avoiding a false rape accusation. Hell even if its 40 years later guys aren’t safe anymore, as evidenced by what happened with the recent Judge Kavanaugh case.

Feminism was corrupt from the very start, I don’t care what anyone says. Its a war on men, its one sided, and its core motivation is power and control, at the expense of men. It attempts to hide and mask this fact under the facade that it really represents ”equality” and egalitarianism.

If we’re being completely honest here, you might consider Roosh V‘s view of what feminism really is: the elite’s (that control capital) trying to exert control over those who have the potential to threaten their power. This was (and is) disguised as ”feminism” by the elites to get the masses to carry out their agenda. Women and male feminists think they’re fighting for equality, egalitarianism, and social justice. But really, all they are, are pawns in a bigger game. A game the elites are perpetrating as a means to carry out their agenda.

And what is their agenda? Well: their intent is to fracture society, because a fractured society is easier to control. They’re less likely to overthrow them if they’re too busy fighting among themselves. If you want to read more about Roosh’s views on this, then I would check out his book ”Free Speech Isn’t Free”.

Perhaps, I don’t actually know if I even agree with Roosh’s view yet or not honestly. But he does make a compelling and interesting argument towards his theory. I highly recommend checking out that book.

Here’s another thing that has recently changed over the course of the last 30 years: feminism has encouraged women that its okay to be promiscuous. Instead of being something that is looked down upon (like it should be), nowadays our broken society actually thinks its healthy to promote promiscuity as being ”empowering” for women. This was born out of the argument that its not ”fair” for men to be praised for their ability to sleep with a lot of women, and if a woman does it then she’s considered a ”slut”.

”Its just not fair!” was their argument. So feminism attempted to counteract this by promoting promiscuity as something that is empowering for women. The result? We have women nowadays who spend their 20’s whoring it up, getting married in their early 30’s (if they find a man at all), and having kids in their early-mid 30’s. With this cultural change, at most you can expect to see 1-2 kids for every household, instead of 3-4 like you saw 30-40 years ago. Hence the declining birthrates I was talking about earlier.

Not only that, but we’re seeing higher divorce rates now because of this trend. Its a fact that the more men a woman has slept with in her 20’s, the less likely she is to remain faithful to her husband once she’s married.

Just think about it, once you have a serious argument with her, she’ll be much more inclined to think to herself:

”Fuck this asshole, I can do better than him!”

”I don’t have to subject myself to this!”

And off to the bar she goes, ready to bang the first guy that shows her interest. WAM! Now she’s cheated on you. And once it happens the first time, the second time only gets easier, as does the 3rd, and the 4th. Now you have a relationship or marriage headed for disaster and most likely headed for your financial ruin (since your the man, and we all know how that ends in the western court system).

A woman who has only been with a 1 or 2 guys, is FAR less likely to exhibit this pattern of behavior when the relationship hits hard times (and it will, sooner or later).

In all of human history, a woman’s value was at its highest when she was a virgin. It is actually still like this even today in many parts of the world (not the wealthy countries). Once a given female has slept with a multitude of men, her value has significantly diminished. Its like driving the new car off the lot, its value immediately diminishes. The more you drive it, the more the value of the car drops.

Keep in mind that it has been like this in every country in existence (what I’m talking about here with virgins having higher value), in all of human history. Its the way that human’s naturally evolved in their societies. Its only been in western culture, over the last 30 years, that this has started to change. Feminism has changed this in westernized countries, and its results have been absolutely disastrous for our society. Its a disease that promotes sterility.

I didn’t even mention the fact that there are many many women, who because they decide to postpone marriage, never even find a man (and thus never have kids). These women end up depressed, lonely, and suicidal, often resorting to suicide in their 50’s because they come to the realization that they spent their whole lives whoring it up with different men, and drinking their life away. Some way to live right?

How is this agenda that feminism is pushing helping these women? How is it working out to their betterment? It is sickening to see what the cancer of feminism has done to those women who end up like this.

This article might seems political, and to a degree, I think that would be a fair observation, but you guys all need to understand the core reasons why game has changed, and will likely continue to, unless we start making changes now. Unless we put our foot down and stop allowing these types of cultural shifts to continue.

These cultural changes, whether you like them or not, have impacted how men and women interact with one another. The Gender War is a raging fire in the media right now. Even Trump is talking about it. There is a moral panic sweeping through our western world over here.

You always want to be aware of what’s going on (good or bad), and I know this article may not leave you in the highest of spirits, but there’s only so much you can currently do about it, it just is what it is. Letting it depress you, wont get you anywhere.

The good news, is that just being aware of what’s going on, is half the battle.