1.) When you have to seriously question if she is legitimately kindhearted.

There’s a simple reason I chose to start with this one. That reason is because you can weed girls out very quickly with this rule in mind. If you approach her for example, and she puts you through a shit-test, then she is NOT girlfriend worthy. A kindhearted girl wouldn’t shit test a guy she doesn’t know, I don’t care what anyone says. If this is how you met your current girlfriend, then you’re in denial about her. Period.

Always watch out for the warning signs and red flags. A shit test right out the gate will always be the first big red flag. Don’t let her looks deceive you, I don’t care how attractive she is. What you want is a nice girl, one that doesn’t have a chip on her shoulder. A nice girl that knows she’s a girl and isn’t trying to be ”one of the guys”.

There’s absolutely NOTHING attractive about a girl that uses sarcasm or smart-ass, backhanded statements towards you. Have some goddamn self respect, and don’t accept second class behavior from women.

2.) Is She A Positive Optimistic Person Or A Negative Pessimistic One?

I’ve gotten myself to the point where I can detect this very quickly in a woman, and in anybody really.

Here is are a few examples of comments a pessimistic, negative person would make:

–You get done watching a movie, one that you wanted to watch, and it doesn’t take her very long to express her distaste for the movie. I had a girl over once, and showed her the movie ”The Edge”, which is a movie about a bear that stalks Anthony Hopkins and Alec Baldwin in the wilderness after their plane crashes. The movie is by no means a masterpiece, but its certainly not a ”bad movie” either. A nice girl would have said it was at least OK, instead of flatly coming out and telling you she thought it sucked, which is what this girl did.

This is a crystal clear example of what I’m getting at here.

Another quick way to spot this is just by how she responds to statements or opinions that you have. Is she a bit adversarial in her responses? Does she often disagree with your opinions? Does she use words like ”that’s stupid”, or ”how dumb…”. These don’t even necessarily have to be in direct opposition to your opinion, she could just make comments about things in passing. Listen for these. Usually you don’t even have to proactively listen actually, the because comments will usually naturally jolt you anyway.

If after a comment she makes, you find yourself thinking: ”Well that’s kind of odd…” then that is a red flag that she’s a pessimistic person.

Maybe there’s a little tinge of verbal aggressiveness in the way she describes her opinion. If she expresses 7 opinions on various topics or things, and 5 or 6 of those are a disagreement or in opposition of something (of anything), then you’re probably starting to notice a pattern.

3.) She Check’s Her Phone Frequently For Status Updates Or Text Messages.

On that note: It speaks even higher volumes, if she appears to be almost actively avoiding her phone so she can engage with you in closer manner. If she’s a younger girl and does this its even more of good sign, like extra EXTRA brownie points. So I’m starting this one off with an example of the opposite of a red flag.

As far the red flag is concerned: A girl that seems too pre-occupied with her phone, especially on the 1st date when she’s supposedly on her ”best behavior”, you need to run away from. Don’t walk, RUN.

This is the warning sign of all warning signs. People obsessed with social status, social media, and instant gratification have higher suicide rates, higher likelihood for depression, and will just generally be more a pain in ass to deal with. Remember: on the first date or two, she’s giving you her best behavior, so its only going to go downhill from there.

I’ll end here with an interesting thought I just had: normally, you would think that a girl taking 25 minutes to respond to your text would be a bad thing. Sometimes it IS a bad thing, if its the case where all other signs point to the contrary, but here me out here.

Is it possible, that a girl not responding right away could be a good thing? I’ve recently discovered that it can be a good thing. It may mean that she is the opposite of the ”status whore” I’m describing here.

Maybe it takes her a little longer to respond, simply because she doesn’t feel the constant need to be ALWAYS checking her texts. How often, how many minutes of your day do you think get wasted by succumbing to the gnawing feeling that you need to reply immediately to texts or notifications?

Can you see how that might hinder your focus, concentration, and productivity?

4.) She Frequently Makes Puzzling Comments That Leave You Wondering: ”What Did She Mean By That?”

Example: she says something in a half-joking, half-serious way like: ”I’m still not sure about you yet….”. …..Really? A girl should not be constantly saying things to you that aren’t crystal clear. If you’re left wondering what she meant by her comments on a frequent basis, then that is a bad sign.

In other words: mind games. Statements like the one I used in my example above means that she likes to toy with guys and play games. Avoid girls that play mental games like this. Her ”not being sure about you”, and having the audacity to tell you to your face, means that you should be VERY sure now about her: that she’s ungrateful, and unworthy, and thus undeserving of your time and attention.

Move on while you still have your dignity intact.

This should be common sense to you by this point, but just in case you’re a young guy, and are lacking in experience, always remember this one. The odds that you’re dealing with a slut are exponentially higher if she gives it up to you very quickly. The only guys that can bed nice, decent quality women very quickly are legitimate players or naturals. Otherwise, once again, the odds are high that you’re dealing with girl that is liberal with who she sleeps with.

Never, EVER make a girl like this your girlfriend. A snake like that never changes stripes. You’re asking to have your heart broken and to get cheated on if you violate this law of human nature.

So far, the 5 points I’ve outlined here are signs to watch out for in the very early stages of meeting a girl.

These next points likely will not reveal themselves until after you’ve gotten to know her a bit:

I would say over dumb things, but anytime a girl snaps at you in public and makes a scene, its over over something dumb, because there’s just no excuse for it.

Here’s a subsection of this one:

6.2) She rolls her eyes or acts annoyed after you order something or make a comment.

Does she get easily ”embarrassed” when you interact with other strangers, like when ordering something for example? This is an example of a trait that a girl not worth your time will exhibit.

A nice girl will not get easily embarrassed by you, she’ll let you be the man and order what you need to, even if its a special request.

For older more experienced guys, this is no brainier, but if you’re a younger guy its worth mentioning this. Never let her disrespect you, period.

7.) She Gets Moody For No Apparent Reason.

This is not the same thing as her being tired, everyone gets tired sometimes, what I mean is her being unnecessarily moody.

Of course, you are dealing with a hormonal woman, so just by being a woman, you have to understand that they’ll be moodier than men are, but it should not be a frequent occurrence.

Happy, optimistic girls will not create drama where there’s no good reason too. Most girls have a need to fulfill an inner desire to experience drama, but what I’ve found is this can range widely from one girl to the next. You want a girl that has a smaller, less profound need for drama.

Any early signs that you spot of a need for drama on her part should serve as a bright red flag to you.

–When screening for a girlfriend or wife, look for qualities that exhibit the opposite of everything I’ve described here. In short, you want a nice, kind-hearted woman. That means she’s not too sarcastic, or verbally outspoken. A quieter girl with less ”opinions” on everything under the sun is ideal. You don’t want to have to be constantly ”on guard” with what you say, in an effort to avoid verbal sparring. It gets exhausting.

–Find a girl with a positive attitude and outlook on life. Keep an ear out for how optimistic she is regarding her opinions and attitudes.

–Avoid girls that are too narcissistic, and have to constantly check their phone for status updates and texts. Her need for instant gratification shouldn’t be too extreme.

–Don’t let her comments frequently leave you wondering: ”What Did She Mean By That?”

–If you bang her within the first 3 times of hanging out with her, DO NOT make her your girlfriend or wife.

–NEVER let a woman snap at your in public or otherwise disrespect you. She should look up to you and always show you respect, especially in public.

–Women are moody enough as it is already, don’t make it worse on yourself by dating one that lives on the higher end of moodiness. Keep a keen eye out for where her need for drama resides too. This is different than just pure moodiness. Most woman have a need to satisfy drama in their lives. Find one that has a lower craving for constant drama is ideal. 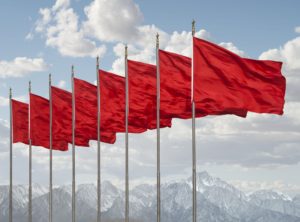