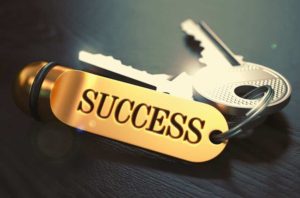 More people suffer from this fear than you may realize, and chances are so do you. If you’re experiencing this fear, others are too. Most people are afraid of the same things. Entrepreneurs are no different. To a certain degree, you already know what to expect from your current job, especially if you’ve been doing it for a couple years already. Humans, seek out the almighty feeling of ”comfort and familiarity”. They seek it out like they would seek out food or shelter.

It’s that warm and cozy feeling, that you start craving like a drug. So if you’re building up a side business, and you’re wondering why this side business is not taking off, or why its taking so long, maybe its actually just because you are self sabotaging yourself.

You could have been where you wanted to be by now already. The only reason you’re not there yet is because you self-sabotaged yourself along the way somewhere. This may have been very subtle, but it happened. If it hadn’t of happened, then you’d already be where you ”want” to be by now, and nothing in this article would be relevant to you.

Some of you ARE there already, and therefore this article just reminds of one you would have identified with years ago. The vast majority of those reading this right now, are still on their way there still. You haven’t reached your destination yet.

Deep down you know: once you leave the comfort of your current job (the one that pays all your bills), and you go ”All-In” on your side business, then you’ll lose that cozy warm feeling of familiarity. You’ll be in uncharted waters, where anything could happen. Then comes that uncomfortable feeling that you are exposed.

Another fear you’ll face, is the fear that your initial success in your dream business (or side business) may just be a fluke, or may be something that you’re unable to maintain or build upon.

This one is very closely related to my first point above. People fear what they don’t understand, or what they cannot see. People like to have control, some more than others. Control over themselves and that which surrounds them. This is especially true of people like us: self-starters, motivated guys that want successful lives.

We know that life is 10% what happens to us, and 90% how we react to it. When you’re dealing with the unknown, there’s no way whatsoever to predict how you’re going to react to anything, because you have no idea what is coming. You never know what’s just around the corner.

This fear of the unknown, 99% of the time, is the reason why people quit, and back out of their dreams and business ventures. That fear eats away at them inside, day in and day out, until its eaten everything, until it destroys them.

What these people don’t understand, is that allowing that fear to take control like that, is a choice they make. It’s nothing more than a simple choice.

You DO NOT have to let this fear control you.

You have to learn to act and perform in spite of that fear. You have to feel the fear, and do it anyway. That’s what separates the champions from the losers: champions move in forward motion despite that inner feeling of fear. They know this fear will always be there, lurking just beneath the surface.

3.) Fear of losing your anonymity.

The fear of crossing over, and being unable to come back. Again, more fear of the unknown here. You were raised by your parents, to get good grades, get through high school, go to a good college, pick the right major, graduate, network efficiently, get a good job with benefits, open a 401K, and then get married and have kids.

Building up a YouTube channel, and talking about controversial subjects like phenibut, getting laid, rough sex, modafinil, kratom, or anabolic steroids, will disqualify you from being able to attain that ”corporate job” you were told all of your life to work towards. I’m using myself as an example with these specific references.

(Quick side note: be careful what subjects you talk about on YouTube, they’ve gotten much more strict lately and you cannot freely talk about all the same things you used to).

Fear of anonymity is a real thing, after all, what are your family and friends going to think once they finally stumble onto your channel? What’s it going to be like at Thanksgiving table when the relatives are in town, and your mom has already told everybody about your controversial YouTube channel? Some of you may not give two shits about what family members think, but there are plenty that do, even if they wont admit it.

Not everyone has a bad relationship with their immediate or extended family.

4.) FEAR of how you will handle the haters, & negative comments.

This one of course only pertains to those who are building a business based around their unique personality. A Blog, or YouTube channel for example. By this point, it should be no secret that these personalities constantly receive a flood of negative criticism from those who disagree with their message or opinion.

Many wonder how well they themselves will be able to handle this level of criticism and shit-talking. Will it really be so easy to just brush it off and ignore it? Lets face it guys, some of these keyboard jockey’s can be brutal in their verbal attacks. Of course when talking shit, its very easy to hide behind your computer, and its pretty obvious that all these keyboard jockey’s are nothing more than fucking cowards.

Despite this, constantly having your ideas or opinions attacked is not something most guys have had to deal with before, so you might be wondering how or IF you’ll really be able to handle it.

5.) FEAR of loneliness & FEAR of no longer being unable to relate to most people.

Often, I wonder to myself: will I really be happier when I’m traveling the world, seeing and experiencing new things, if I have no one else to experience it with? If it’s just me all by myself? Of course I don’t think it’ll be any problem at first, but after several months of it, sometimes I wonder if it will feel lonely.

Its not even the actual physical absence of other people either, its also a mental (perceived) loneliness. For example, what will it be like when people ask me what I do, and I have nothing I can tell them that will make sense? Nothing I can say that they’ll even remotely be able to relate to?

I haven’t done these things yet, so once I have I may find that none of the points I just mentioned end up being an issue at all, but again that brings us right back to the fear of the unknown. Fear of not knowing what it will be like until its too late because you’re already knee deep in it.

For some of you, these may seem like trivial things to worry about, but if you’ve been in similar shoes, and you’re building an online business, you know deep down you’ve had these same fears. You know all-to-well they can feel like legitimate concerns (because you’re actually planning on one day finding out if they are or not).

6.) Self doubt, & the FEAR that you might be less happy than you are right now.

So what will happen if you finally get what thought you wanted, but you’re still not happy? What then? What will that mean for you and what will you do then?

It will likely feel like a point of no return I imagine.

It’s easy to chalk up your unhappiness to the fact that your dream business hasn’t succeeded yet: ”If only I could get this business profitable, if only I could know that all my efforts are not in vain, if only then.

Well, if you do this only to find you’re still not happy, now you have got a problem you didn’t even realize that you had.

Not ALL of you in a position similar to mine have felt or have experienced these exact fears, but I’d be willing to bet that these are all pretty common inner fears that upcoming entrepreneurs face. I’m just being honest about some of the concerns I’ve personally felt, I’m being humble and I’m being honest. If you haven’t felt these yet, maybe one day you will.

I for example, would not have been able to even relate to this article prior to the age of 28, which was the age I discovered my life’s mission. So it may not yet be relevant to you, but that doesn’t mean one day it wont be.

Point is, we all experience inner feelings of self-doubt, and self sabotage to some degree.

You can let these fears control you, you can let them stand in the way of your success and your destiny, or you can fight through them, power through them with that inner champion inside you. If you’re ever going to be successful in any meaningful way, you’re going to have to uncover this inner champion sooner or later anyway. Might as well bring him to the surface now and start stopping these fears dead in their tracks.