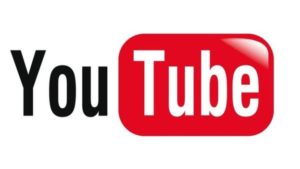 If it hasn’t dawned on you yet, YouTube is becoming the new ”TV” of our modern era.

I stopped watching TV years ago. Not because I felt I needed more control or choice over what I watch, but simply because I found it to be too unproductive. It took me until very recently, to come to the realization that I’m basically back to watching TV again, only in a different format.

That format of course, is YouTube. Not only did I realize that, but I also realized that I was becoming addicted to YouTube. This snuck up on me subtly, I didn’t notice it right away.

The first thing I’m going to say here is that you need to have a certain level of self-awareness. Without that, you’re not even aware you have a problem (in the first place).

With me, I’m an extremely focused person. More specifically: day in and day out I’m constantly in a state of intense mental focus. I don’t like to waste time, I like to utilize as many of the day’s minutes as possible towards being productive. I don’t participate in group texts, I don’t lounge around, and I don’t ”hang out” or generally shoot the shit with people. Social media? Don’t make me laugh.

When I say 60 minutes turned into hours, that only happened on Sunday actually, I did exert some degree of self control during the week.

Where this hurt me during the week, is I would end my day on the couch or in bed watching YouTube, when I should have been trying to sleep. If you’ve read my previous articles, you may know that I’m an early riser. This doesn’t mean I’m a natural morning person. It means I forced myself to become an early riser. My life goals dictated that being an early riser is what I needed to be, so that’s what I became.

I used to have an issue with oversleeping. For whatever reason, my body still even requires that I have a certain amount of sleep, and when I don’t get that amount, I oversleep. This is true even to this day. So I learned the key to overcoming this was making sure the hours of sleep were actually there from one night to next.

I get up at 4:00am, but for that to happen I either have to be going to bed at 9:00pm, 10:00pm, or as early as 8:00pm (it will rotate according to which night of the week it is). I found what was happening was I was staying up past these bedtimes because I was wasting time watching miscellaneous YouTube videos. Then I would oversleep the next morning, and be pissed off the rest of the day.

The point of me telling you this is to illustrate how I became aware of my YouTube problem. In your case, I’ll make this easy for you: are you spending too much time on YouTube?

If you are, below are some helpful tips for to you start using to overcome this bad habit:

I believe in being realistic. If I were to tell you to completely rid yourself of YouTube, well to me that’s not a realistic goal. Besides, I actually DO think you can learn a lot of important advice and wisdom from YouTube videos (the right YouTube videos). If you truly are addicted to YouTube, then be realistic about your goals, otherwise you’ll just set yourself up for failure.

This one is huge, when all that’s needed for you the get sucked into YouTube is the tap of your thumb onto your phone, well that’s landmine waiting to be stepped on. Get rid of that App. You probably have too many Apps on your phone anyway. This just as easy as it sounds, just delete the App and be done with it.

So even with the educational videos you’re still going to allow yourself to watch, set a time limit even on those. For me, its 30 minutes tops. Maybe I’m listening to a longer one like Roosh V’s Kingmaker podcast for example. His podcasts can be pretty long. You don’t have to get through an entire podcast in 1 sitting, split it up over 2 or even 3 days of 30 minute sessions.

Never do anything by accident, always be intentional with everything you do. Give these a try, and if you still find you’re addicted to YouTube, then perhaps I’ll address that issue when we come to it. If you are reading this blog I’m going to assume that you’re a man of self-respect, determination, drive, and focus.

I’m going to make the assumption that your YouTube ”addiction” is only a mild one. If its not, you may have other issues going on in your life that need to addressed. My previous YouTube addiction was only minor one, so I’m not able to speak about how to overcome a serious addiction problems, because I don’t have those. If you think you have a serious YouTube addiction, you may need to seek the help of a professional.

If you however have somewhat minor addiction to YouTube, then give these suggestions here a try.