The story is becoming common these days: a westernized girl grows up, having propaganda and brainwashing fly in at her from every direction.

A girl is told her whole life that ”she don’t need no man”.

Below I’ll discuss the aftermath these issues lead to, and how men (and women) can avoid them. 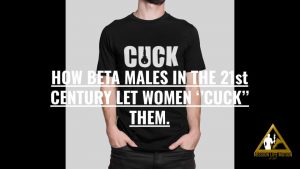 Contents hide
1 This girl often votes for liberal policies, is scared to death of anything the news media tells her to be, & ”Stands With Ukraine.”
1.1 Then comes the good part…THEN…she gets to be about 27, 28, 29…she starts hitting ”The Wall”.
2 Is because they’ve become accustomed to Western society being able to brainwash men into thinking we need to ”man up and marry those sluts…”.
2.1 The reason I know this is because I was one of these men.
3 Girls hate to see this changing now because they no longer have the same ”leg up” on men when it comes to optimizing their sexual strategy anymore.
3.1 They had his ”leg up” for many years, and they became accustomed to it.
4 Men today even let the world ”cuck” them.
4.1 They listen to advice from family and friends who have never done the things they’re trying to do.
4.1.1 Read Next: ”Why Selfish ”Self Serving” Men Will PROSPER In The 21st Century”.

A girl is told that men actually like ”bitches”. Love them even.

The thing is, the men in society are getting brainwashed too, and a lot of these men even believe themselves that they like ”bossy, bitchy, disagreeable, and combative women”.

The guys and these girls are told men like these ”bossy” disagreeable, combative women (that don’t know how to cook).

Women that don’t dress like women anymore. Women that no longer wear dresses, or perfume, or grow their hair out.

This girl has been brainwashed to think this is what men want.

She’s told should act and behave like the girls she sees on ”Sex and the City”.

She’s told that the sluttier she is, the more ”empowered” she is.

She’s told to go to college, maybe join a sorority, and is encouraged to bang a bunch of guys and rack up a notch count of Biblical proportions…

When I think back to the girls our fraternity used to have over, it disgusts me to think how many guys these girls were getting tagged by, and how many of these guys even ended up getting married to some of these girls…

Girls that were passed around like a ”peace pipe” around a campfire.

Also of Biblical proportions, is the amount of ”student loan debt” girls rack up.

After graduating, she moves to city, where she secures a corporate wage slave JOB.

In her 20’s she continues banging a bunch of guys, once again encouraged to act like Samantha from ”Sex and The City”.

She parties it up, occasionally does blow on the weekends, drinks goes to nightclubs (maybe smokes weed). She does all of it.

Then she gets on Tinder and proceeds to roll out her long laundry list of demands she expects from a guy.

This girl often votes for liberal policies, is scared to death of anything the news media tells her to be, & ”Stands With Ukraine.”

After she’s done banging all the Chads, now she starts looking for Beta provider-types who she can ”Cuck” into marrying her.

These are usually men who don’t have the wherewithal (for whatever reason) to realize what’s happening here.

Maybe at one point in your life, this was even YOU.

Often these men feel they are under pressure from their parents (and society), to lock down a girl before he gets ”too old”.

These are the same guys that think they’re ancient and old by the time they’re already 30. 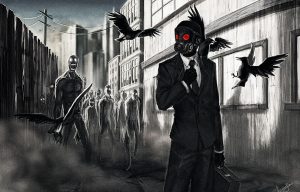 They have ZERO concept of how the actual, REAL sexual marketplace really works when it comes to men and women.

Marxist beliefs (by way of feminism) have also convinced these men that men and women are EXACTLY THE SAME.

These men and women, have allowed themselves to become convinced that everything starts from a canvas of ”Blank-State Equalism”.

So these men are under a false conception that they’re under pressure to ”hurry up and get married.”

These are men who’re deeply entrenched in societal programming (SP).

Is because they’ve become accustomed to Western society being able to brainwash men into thinking we need to ”man up and marry those sluts…”.

The reason I know this is because I was one of these men.

Now luckily I was never naive enough to get married to one, but I fully bought into the notion that it was okay to be in a relationship with a girl that had been tagged by multiple men.

I even dated one for a little while that had an 11-year-old boy.

Luckily that didn’t last long and was over after only a few, short months. However, it makes me damn nervous to think how narrowly I dodged that bullet.

So girls became got spoiled, for years, because the vast majority of men (mostly western men) didn’t know about things like game, and even when they did, there were several years that passed before many of these men learned about the crucially important red pill (red pill awareness).

I’d learned how to use game, but without the red pill awareness to underpin it…I was essentially a kid with dynamite.

I knew how to drive the car, but I had zero knowledge about what was underneath the hood.

In those formative years, I knew nothing about girls, women, or how either of them truly operate. This ineptitude, this ignorance, was something I paid dearly for.

Not as dearly as a lot of men do, but I still paid dearly for it nonetheless.

Ignorance is only bliss, until it isn’t anymore guys, never ever forget that.

These days the term ”red pill” is a term that’s gotten bastardized.

It’s become goddamn so overused, that people don’t even know what it means anymore.

All ”red pill awareness” really is…is the ability to see the world, particularly intersexual dynamics between men and women, for how it truly is (not for what society’s brainwashing wants you to believe it is).

Women hate that men can see female nature for what it really is. The reason they hate this is not that female nature is either bad or good.

Female nature simply IS, it’s not inherently ”good” or ”bad”. You can’t put a binary label on it like that.

Girls hate to see this changing now because they no longer have the same ”leg up” on men when it comes to optimizing their sexual strategy anymore.

They had his ”leg up” for many years, and they became accustomed to it.

”Game” for example, makes it possible for a man to essentially fake his sexual market value.

He can ”fake it till he makes it”, so to speak.

When I was much younger and was learning things like game for the 1st time, this is something I also did as well.

Nowadays, I have enough real reference experiences to understand what the ”game” being played between men and women actually is, and I understand this so inherently now, that I don’t even need to consciously think about it anymore.

Women hate the idea that a man can come along and hustle his way onto her hypergamous radar, without her realizing he may be just hustling.

The thing is…brainwashed men need to do this in the beginning, to internalize the attitudes and beliefs that come with being a top-tier man.

When you think about men that are ”naturals” with girls, guys that can seemingly effortlessly attract and sleep with girls with ease, all these guys really are, are simply natural-born alphas OR they’re guys that haven’t been brainwashed by Hollywood and society (or both). Brainwashed into blue-pill idealism.

They’re already unplugged, in other words.

Faking it until they make it, is what allows brainwashed guys to accumulate reference experiences about women, about life, about what they need to do in order to truly succeed in this world.

A man needs enough runway to allow himself to build momentum. Life and success in this life is all about momentum.

Allowing women to penetrate your frame, is one of the fastest, surest ways to squash your momentum.

A true top-tier man, never allows a girl to stop his momentum.

So a lot of men these days, not only let women cuck them…

Men today even let the world ”cuck” them.

They listen to advice from family and friends who have never done the things they’re trying to do.

Advice from people who are still plugged into society’s lies, programming, and brainwashing. They listen to people who are afraid to take any risks, or ”rock the boat”.

If you want to be a top-tier man in life guys, you have to be able to take risks.

You have to be able to trust yourself.

After all, if you can’t trust yourself, who can you trust?

So, in closing men: STOP letting women (and life) cuck you.

Carve your own path, be a man of ambition, a man of vision, and a man of courage, strength, leadership, and focus.

Until next time guys, stay centered.

Read Next: ”Why Selfish ”Self Serving” Men Will PROSPER In The 21st Century”. 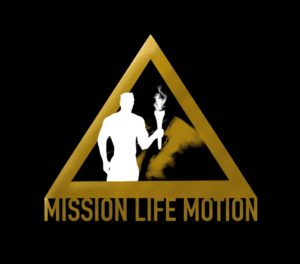