Today, I’ll be discussing the two paths a man can take when it comes to his current life focus.

It recently came to my awareness that a man, or at least the vast majority of men, can only truly focus one of these two paths successfully.

Which two paths am I referring to you ask? Well here are the questions a lot of men ask themselves:

1.) Should you sow your wild oats?

Should you finally quit thinking about all the experiences you want with different women, and actually start doing them? You’re only going to live once, and eventually (whether you’ve reached your full potential with women or not), you’ll probably get tired of dating around and want to be with just one woman.

With that in mind, is right now the time for you to experience everything you ever wanted to with various women?

To put it another way: ”Should you overcome any and all remaining confidence issues you feel you have with women?”

The men reading this who have struggled with confidence before, recognize this question.

I personally, am no longer at a point where I lack confidence, but I am a perfectionist, so if I feel an interaction doesn’t go exactly right for me, it bothers me (more on this below).

Question to ask yourself: ”Am I, at least currently, at the point where for the next few years I need to put all my energy, focus, and drive into building a business and becoming more financially secure?”

I personally, had been trying to pursue both of these paths (at once). While I was doing OK with both, I wasn’t truly excelling at either one.

I’m the type of guy, that has to excel in things. I’m not satisfied just being decent at something. I’m either going to be one of the best, or I’m not going to do it at all.

A better way to describe it, would be that I was inconsistent. I would have success here and there, but it was always inconsistent. And this drove me crazy.

I’ve arrived at the conclusion that you cannot do both (devote yourself to the life of a player, and at the same time very seriously build a business), and expect consistent results. I think it truly takes a special, unique kind of person to really be able to do both with great success. If that’s you, congratulations, you’re in the minority.

So why even ask this question? To some of you, the choice between the two of these might seem like a no-brainer.

Well I say, it depends on who you are, and where you are in your life. For the most part, the guys that read this blog have an ”achievement mindset”.

Most of you are the type of guys that enjoy reading about self-help, life progress, and personal accomplishment. If you’re truly this type of guy, chances are these questions are ones that pertain to and interest you.

It also depends on what you have or haven’t done up to this point so far in your life.

I believe men in general, have an insatiable desire to be with women. It’s in our DNA, its how we’re wired.

If it were up to us, and life had no consequences, we would choose variety and different women, over having one woman many times (monogamy). Especially with the way women dress these days. 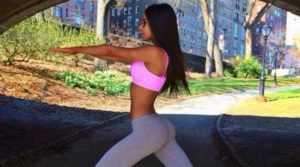 By no consequences, I also mean no emotional consequences either (no feelings of emptiness a life of living that way would bring).

If it were up to women, they would choose the opposite (monogamy).

As a man, you may tell yourself this isn’t true, that you’re happy with your one woman. You may think you’re immune to the desires that you used to feel.

The fact of the matter is, you may be happy with her, but you still aren’t immune the desires of other women.

You aren’t because as a man, that’s how you’re wired internally.

Whether they’re aware of it or not, a lot of men out there are wondering if they really got their life’s fix. If they really are ready to throw in the towel and be with that ONE woman the rest of their life. And this is an all too important question.

I’ll add here that what I’m describing may not be thoughts of a man who just entered into a relationship, or marriage. Those guys are probably still feeling the emotional high, or ”butterflies” that tend to come the months following the start of a new relationship or marriage.

Thing is, eventually those butterflies will ware off, and they’ll be feeling exactly what I’m describing above.

Now for those of you that are still single, you likely don’t fight this internal battle.

The internal battle that guys who are in monogamous relationships do: The feelings of guilt for being uncontrollably attracted to other women (when they’ve already committed to one).

Single men, usually fight a different internal battle than the taken men do. Similar to the men in relationships, their internal battle is also usually one that’s subconscious and hard to admit or acknowledge.

Here it is: as a single guy, you wonder why you are alone. You wonder what it is that those guys in relationships have that you don’t. You wonder why those girls picked THEM and not YOU. You wonder: ”Is it because I’m not enough?”

If you’ve been single for a while, you ask yourself: ”Why wont I allow myself to trust someone?”

You’re always wondering why. Why, why, why. It nags at you every day, at least once a day.

Another why question that might nag at you, is: ”Why don’t I have the balls to walk up and cold approach women?”

You see hot women out walking around every day, and opportunities are always presenting themselves to you.

You wonder why you cant take advantage of these opportunities. This is also a why question that men with wives and girlfriends ask themselves.

Relationship man: ”Why cant I talk to this girl?”

His internal voice: ”It’s because you’re in a relationship”.

Relationship man: ”Is it? Or is it because I don’t have the balls to talk to her? After all, I’m just talking to her, its not like I’m not taking her home.”

”Did I commit myself to a marriage before I reached my full potential as a confident man?”

Maybe you already know you’re confident, then the question becomes:

”What would it be like if I were still single? What would this girl standing right here look like, feel like, smell like? Why am I in the situation I’m in? Am I really happy?” And on and on and on…..

Most men ask themselves these questions, whether they’re aware of it or not, all the time. Its those damn why questions.

THE why question, is: What is the reason behind why a man chases after women and sex in the first place? And I’ll try to answer that by the end of this 2 part article.

This whole article is a ”why question” actually.

Why does there need to be a choice between life as a player or building a business? Why is getting laid so important to men?

Once again, I think this depends who you are, and where you are in your life.

Me personally, I happen to be very competitive with myself. I cant stand it when I do something and I know deep down I could’ve done it better. I have a never-ending desire to get better at something, and better, and better.

The way I personally feel about women (in relation to myself) is this: I always feel there’s room for me to improve in my dealings with them.

Welcome to the world of a perfectionist.

I’ve been sitting at a computer all day working, so I’m not in a socially high ”state” when I stop working and stand up. I walk outside and see an obnoxiously attractive girl (not uncommon in Dallas) walk past me, smile, and say ”hi”.

Its obvious she is interested and would love it if I talked to her and sparked up a conversation. Problem is: I’ve been focusing intensely on work, and sitting at a computer for the last several hours. My mind is elsewhere, and maybe I’m tired, or in a hurry.

So I don’t know what to say, other than a ”hi” right back, and the opportunity is lost.

For me personally, this is pretty much the extent of my frustrations with being single. It’s just wanting to be able to capitalize on every opportunity (and not miss any). Every other frustration I used to have, I’ve overcome by this point in my life.

Maybe you can relate to this? Point is, a lot guys want to get this part of their life handled before they go ”All In” on their business, career, or life mission. It’s a feeling of:

”Lets just get this handled and over with already, I don’t want this feeling nagging at me anymore. When I’m out and I see a hot girl, I don’t want it to bug me anymore that I can’t talk to her.”

As I stated at the start of this article, the choice will come down to putting your energy and focus into this, or into your wealth building: Starting a business or career.

For those of you lucky guys who got the women thing handled earlier in your life, good for you, you probably could’ve skipped this article.

In part 2, I’ll give my take on all the questions and dilemma’s I brought up in this article. I’ll talk about the alternative choice and why its important.

Ultimately, there is no right or wrong answer to this question, its a decision you’ll have to make for yourself. At the conclusion, I’ll help you make that decision, with full confidence. I’ll give you my opinion and why I believe that decision is the right one based on your situation.