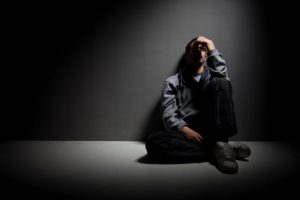 You just broke up with your girlfriend. If you’re in this current situation, this can be a very difficult transition for a lot of guys. You may have been out of the game for several months or even years, and the longer your relationship was, the harder this transition can be.

Going back to being single and dating new women might seem unappealing, VERY unappealing at times. There are a few of the reasons for this:

1.) You’re rusty conversing with women and making the transition from starting a conversation to getting a phone number.

3.) You’re overwhelmed at the thought of having to ‘’start all over again’’ with someone new and having to get to know a whole new person.

4.) You’ll have to re-acclimate yourself to the reality that some women you’ll meet just won’t be interested in you (dealing with rejection again, or maybe even for the 1st time).

5.) Approaching women, starting conversations, and dating in general is (by its nature) not a warm, cozy, or comfortable feeling. Being in a relationship oftentimes IS warm, cozy, and comfortable.

Therefore being single will more often force you to step outside of your comfort zone. If you’re living the single life correctly, this should be happening on pretty much a daily basis.

You’ll literally have to get yourself to a point where, over time, you’ll eventually have a new comfort zone. A comfort zone where approaching women and starting conversations is no longer so ‘’uncomfortable’’ for you.

For all these reasons, going back to the single life can be a nerve-racking, and overwhelming experience.

You’ll be flexing social muscles that you have let atrophy. Social skills you haven’t used in a while, or perhaps you never developed in the first place.

Understand that its okay and normal to be a little intimidated during this transitional period. You’re reintroducing yourself to an old part of yourself that’s been stagnant for a while (however long you’ve been in your relationship).

The part of yourself that used to feel comfortable approaching women, starting conversations and getting to know new girls. If you were never comfortable with doing any of this in the first place, well buddy then there’s work to be done, and trust me that’s a good thing.

Because now you have a window of opportunity to get a part of your life handled that you never did.

There are so many guys out there that never got this part of their life handled. Guys that ended up settling with girls less than what they were capable of getting.

Any guy afraid to approach or start a conversation with a new woman is lacking in confidence, and believe me confidence is a very important trait to posses as a man in today’s world. Can you even call yourself a man if you lack confidence? The answer is no….you cannot.

That doesn’t mean you can’t have days or moments where you feel a bit un-confident, however its not acceptable to lack confidence when faced with the same scenario over and over again.

As a man, its your duty to do something about those recurring moments of anxiety.

Being a real, dominant alpha male is not possible without a higher than average level of confidence. The average man is afraid to walk up to an attractive woman in a book store and start a conversation. The average man has to down tequila shots and beers before he has the balls to walk over and talk to women.

Again, there’s work to be done. You now have the opportunity to do this for yourself.

This is why when you break up with a girl it’s NOT a regressive process like many guys fear it will be. It’s a clean trade off, with pros and cons. You learn things about yourself that while in your relationship you could not learn. The opposite is also true, in a relationship you’ll learn things about yourself that you couldn’t learn being single all the time.

It’s a trade off.

Moral of this post: Learn to look for opportunities and the benefit of current situations and circumstances, instead of always focusing on the negatives.