It’s no secret that there’s no shortage of people, everywhere you look, that have issues with their weight.

These are guys that have been in the same spot for YEARS, when it comes to their weight.

They just cannot seem to drop those extra pounds. It’s always the same old song and dance with them.

There is one common thing I often hear these guys say, and that’s this: ”Its not that I don’t know how….I already know how, I just need to actually apply what I already know.”

My argument would be that these guys (as with most problems in life) are getting in their own way, and just don’t realize it.

They cut off the ability to allow advice they claim they ”already know” to get through to them. They cut this advice off before it has a chance to re-motivate them (or with some of them, motivate them in the first place).

See with me, even hearing advice (or facts I already know about losing lbs, or staying lean), re-motivates me to stay on track and keep going. That’s because I don’t shut them down before they have an opportunity to get through to me.

And yes even things you’ve already learned need to ”get through” to you more than one time.

This is because you forget things. That, or the case with some guys is that they never really internalize the facts in the first place.

I don’t ”get stressed out” at the thought of having to actually get off my ass, take action, and go to the gym.

Some of these guys I know actually get stressed out even at the very thought of knowing they have to do something, or eliminate something.

I’m the opposite, I get stressed out when I’m not taking action. When I’m sitting around on my ass, not doing things, my to-do list just starts to pill up, and that instead is what is stressful to me.

Stop acting like you already know everything, and that don’t need to listen to advice because you ”already know all of it”.

I got news for you: YOU DON’T. 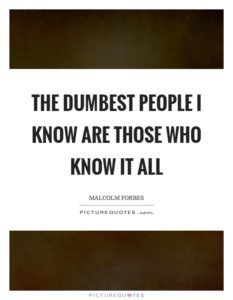 Drop the attitude, you’re not in a position to act like you know what you’re doing, if you did you would already have the body you want by now.

You guys that have been struggling with getting your weight under control, need to do some serious, serious self-evaluation, and get to the real root of what the problem is.

What are you afraid of? What is it that you keep avoiding? There is obviously a mental barrier you have to doing what needs to be done, to getting that body you think you want to have.

Another problem I see: guys forget they are the average of the 5 people they spend the most of their time with. If you have a best friend that is fat, and you spend a good deal of your time with him, his bad eating habits WILL rub off on you.

This my friend, I can promise you.

You can try to deny this all day long, but once again:

I mean COMMON, what could I possibly know? How in the world would I know what I’m talking about?

It’s the same exact problem I started the article with, when I try to tell these guys this stuff, they act like they don’t need to hear it.

This is fact: THE EATING HABITS OF YOUR CLOSEST FRIENDS WILL RUB OFF ON YOU. PERIOD!

If you’re overweight, then you are in no position to argue with me on this point.

If you’re in the opposite position, and you are one those guys that keeps struggling, then go back and re-read this article.

Then read it again.

Then read it again.

There’s obviously something that keeps escaping you here. If you ”already know what to do”, why are you still stuck where you are?

Maybe you you don’t really know as much as you think you do after all.